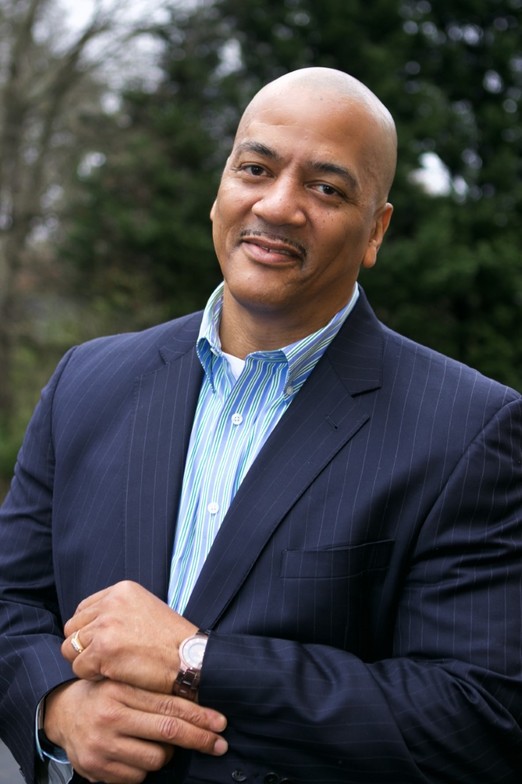 Favorite Song:  I will bless the Lord by Byron Cage

Fun Fact:  I once led the team prayers and played football for San Diego State University where I met and became acquanted with the Board of Directors Member, Dr. Theodor Geisel, also known as Dr. Seuss.

How and when did you join the church:

On a second date with my then girlfriend (Michelle Earley) in August of 1995, two weeks after the first service at the Comfort Inn and Suites in Riverdale, GA, we attended a Bible study at Clark Atlanta University in what was then (Pastor Pleasant's) office. At the end of the Bible study, I was led by the Holy Spirit to join as did Michelle. At that moment, (Pastor Pleasant, now Apostle) began to prophesy to both of us as he was carried along by the Holy Spirit. He told us that we would be married, and that we would become leaders, active in ministry, and have children and a powerful marriage. At the time, we were just two young people in our twenties trying to date and have a good time. Within three years, we were married, heading multiple ministries in the church. I became a gospel rapper, praise and worship leader, and youth minister, and Michelle was over the dance ministry. We performed together and became dedicated ministers of the gospel. In 2006, we were both promoted to the office of Elder and have faithfully served at New Zion since walking through the doors of Kingsway Discipleship Christian Center.

Subscribe to receive email updates with the latest news.